In ages past, in the seven words epic fantasy book series, ancients lived on seven worlds. They traveled between the worlds through worm holes and shared with one another the bounty each world offered. It had been foretold there would come a time when travelers from another world would arrive, bringing with them prophecies from the Creator-Father. The ancients waited in faithful expectation, and the ages passed.

On another planet, where the Creator-Father was called the One, prophets were chosen to write words of light for a future generation.  The Words were addressed to seven unknown worlds long before they were discovered. In time, seven linked planets were found and together they were called the worlds of Ochen. The people from the other galaxy traveled to the seven planets bringing with them the seven Words.

The ancients greeted the newcomers and welcomed them as friends, bonding with them in fellowship and even marriage. With joy they received the seven Words the travelers brought. But the voyagers had brought something else with them as well, an ageless evil.

Time passed, and the ancient races diminished in numbers while the newcomers increased, populating the worlds of Ochen. The dark evil they had brought with them proliferated as well, corrupting the hearts of men. Wars were fought, and the darkness sought to bury the truth of the Creator-Father, whom the newcomers called the One.

It was in the time before last great war that the Creator-Father called to himself seven ancients to remain and preserve his Words. Giving one original scroll to each guardian, he charged them to protect his Words from the rising evil, and to keep them hidden until he called forth a chosen Light Bringer.

Bringer arose, the guardians would recognize him and, to him alone, were they to release their scrolls. When all seven scrolls were reclaimed, the One would give power to his Light Bringer to defeat the living darkness and return the One’s light to Ochen.

Yet again, time passed. The darkness grew stronger. Thousands of copies of the Words were destroyed as the relentless evil attempted to erase any memory of the light from the people of Ochen. For without the light, men are easily enslaved.

Nevertheless, one small spark is all that is needed to drive back the darkness …

A Light Bringer will come from the blessed line. In his sixteenth year, he will cling to the One, and he will grow in wisdom and strength to fulfill his destiny and seal the living darkness. He will bring light to the people of the worlds of Ochen. 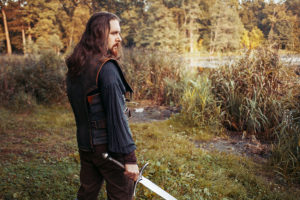 The Worlds of Ochen 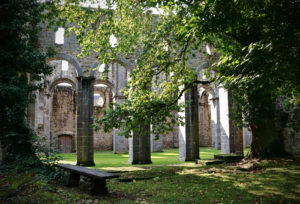