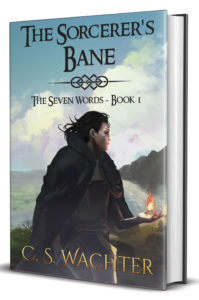 Though referred to as a planetary system, the worlds of Ochen are not one in the traditional sense of proximity and a unifying sun. They are, instead, seven worlds bound together by eight interconnecting wormholes called skipping lines. From the long summers enjoyed by those living on Amathea to the double suns of Sorial; from the energy-laden air of double- mooned Nemora to the long intense, nearly perpetual winters of Glacieria; from the mineral-rich mountains of Veres, to the deserts of Arisima, and the hospitable landscapes of Corylus; the variety has led those who think of such things to ponder the possibilities. Do the skipping lines cross galaxies, perhaps even interdimensional boundaries? These questions baffled the first travelers to arrive on Corylus, and even today, the origin and boundaries of the skipping lines remain a mystery.

Humans first arrived on Corylus almost two-thousand years ago and were welcomed by the ancients. The continent now known as the Shattered Continent was the major center of civilization for the ancients, with skipping line portals to the other worlds of Ochen. Centuries later, at the end of the Hundred Years War, with the destruction of the Shattered Continent and its portals, the remnants of the population of Corylus moved to the Rustican Continent. It was at that time the ancients withdrew from relations with the humans, whom they called newcomers and retired to remote areas. Their destruction had been a primary objective of the dark enemy during the Hundred Year War and, with their numbers dwindling, they sought isolation from the growing human population.

Nathan Kierkengaard, charismatic leader of the Free Peoples of Ochen, acting as liaison between the ancients and the newcomers, led the final battle against the darkness threatening Ochen. When the war ended, he assumed political control of the seven worlds by becoming the first King of Corylus and all Ochen, Nathan I. To assure future generations would not abuse the power of his position, he instituted the Interplanetary Council and the Interplanetary Court as checks on the king’s power, thereby creating the loose federation of planets known as the Worlds of Ochen.